I really do suck at this blogging thing! I have all these good intentions when I start out, and then how quickly does it all fall off the radar! So Wednesday currently posts have gone out the window, lets just look at where things are at at the moment!

Watching
We’ve cancelled our sky subscription so are watching a bunch of stuff before it runs out (things we’ve recorded so will lose on our box). We are also currently (I mean literally as I type!) watching live artwork being made on periscope. It’s a phone app that lets you see people’s live casts and our friend Salty has been live casting him doing artwork this weekend. It is amazing and really quite therapeutic to watch! You should check it out.

Daredevil – We’ve watched this Netflix original over the last week or so, I loved it, it was gritty and compelling, but very violent and in some places quite graphic. The guy who plays Matt Murdock is a Brit, he was in Stardust the film (which was filmed in Norwich!)

Pitch Perfect 2 – We had the week off this week and went to see the follow up to Pitch Perfect. I was expecting to walk out feeling a bit disappointed (sequels are never as good!) but this was brilliant!! I really really enjoyed it!

Marvel’s agents of S.H.I.E.L.D – We’ve had this on the box for a while and have been working our way through this weekend. The problem is that we forget what happened previously!!

Reading
I’ve just finished a book called An Ice Cold Grave by Lee Weeks. I’m on the look out for more of hers as I’ve been impressed with the two I’ve read.

I also finished a Debbie Macomber book whilst we were on holiday, but I can’t remember what it was called!

Doing
We’ve had a week off work this week so we’ve had a lovely week of days out, doing little jobs around the house and generally enjoying ourselves.

We went to Thetford Forest on Tuesday and we went for a bike ride. Now, this sounds like nothing particularly interesting… but I haven’t cycled since I was 11! I had a sore bottom and I’m not sure it was for me! But it was actually a lot more enjoyable than I was expecting!

It’s been quite a foodie week, and from a diet perspective less good, but it’s been really lovely. Back on plan from tomorrow 🙂

Today’s post is going to be in pictures. I’ll try and credit where I can (the crediting doesn’t seem that easy 🙁 ).

I’ve been thinking about getting a hair cut, I am going to get a hair cut, but the question is how. I love Veronica Mars’ hair in the first season and I think this is what I fancy…. I particularly love how versatile it is. She wears it curly (which I adore) and up and down. So gang, do you think I can pull it off?

Getting excited about Christmas, especially when I had my first Starbucks red cup!! 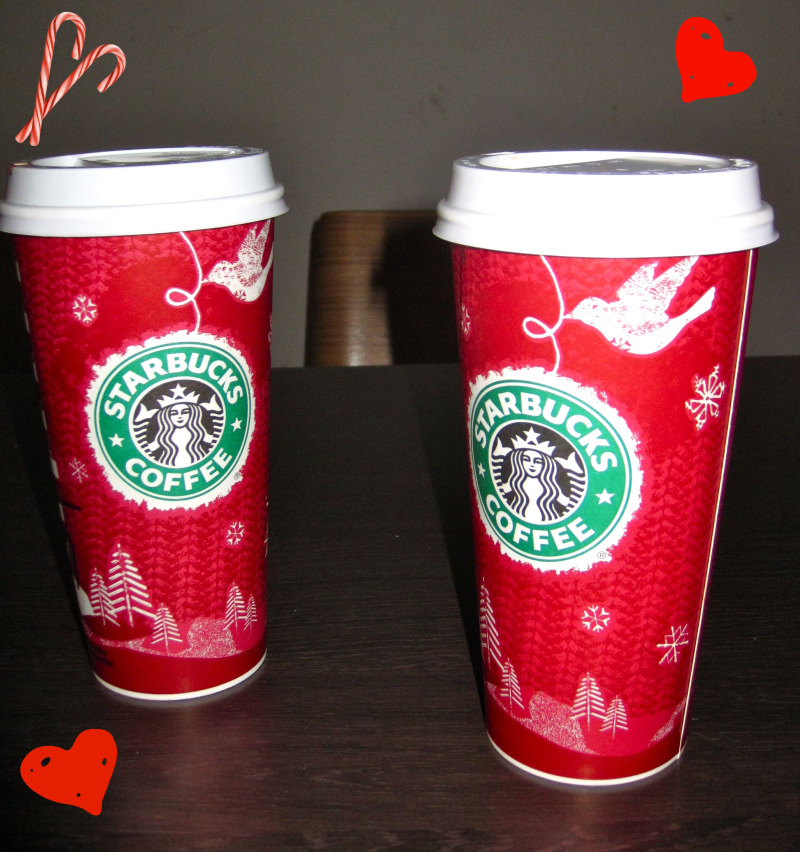 My current craft is fabric painting, which I am thoroughly loving

We went to the cinema this afternoon to see “Despicable Me” – it was very funny, adorable and Dave is now my minion – he even had a starring role in the film!

I’ve been a bit poorly recently, got a cold and sore throat. Thought I was getting better, but not felt great this weekend, my glands are a bit swollen but feeling ok at the moment.

Oooh another tough one.

I think this challenge might get hard if I have to chose favourites of everything!

I’ve decided to try and take part in the Friday Five from www.friday5.org and this week the theme is RED!

I think I would have to say Strawberries! And especially all things strawberry flavoured.  My particular favourite (though it’s pink rather than red) is strawberry milkshake

2.  When were you last caught red-handed?

I don’t think I’ve ever done anything that has warranted being caught red handed!

Every girl should own a pair of red shoes, I have a pair that I got for J and Kaz’s wedding and they are the sexiest shoes I’ve ever owned! They have a stiletto heel and a stacked heel.  They are a deep red and I lurve them!

4.  Who’s got the loveliest red hair?

I think I’m gonna have to say Nicole Kidman, I adore her hair.

5.  What are your thoughts on the 2002 Baz Luhrmann film Moulin Rouge!